If you have grown more forgetful with age, know that you are not alone. But what separates normal, everyday forgetfulness from serious memory disorders associated with the aging brain? There is a stage between normal cognitive aging and more serious states of memory decline, such as Alzheimer’s disease. This stage is called mild cognitive impairment, or MCI.

“Mild cognitive impairment is a general diagnosis, which reflects a change in someone's thinking abilities that are not necessarily severe enough to impact a person’s ability to complete their everyday activities,” explained Dr. Jennifer Davis, a clinical neuropsychologist at Brown University in Rhode Island. Dr. Davis specializes in Alzheimer’s disease and related conditions.

A recent global analysis by COSMIC, an international memory consortium, estimated that about 6 percent of individuals over 60 have MCI. That’s roughly 4 million people in the United States. 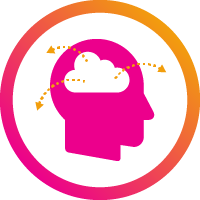 There are two types of MCI: amnestic MCI and nonamnestic MCI. MCI can also be linked to medical conditions and mental health issues unrelated to Alzheimer’s.

Amnestic MCI primarily affects memory and the ability to remember important information a person would normally recall. This can include things like forgetting appointments, conversations, or recent events.

Nonamnestic is the type of MCI that affects thinking and problem-solving. This can include issues with visual perception, the inability to make sound judgements, and difficulty remembering the sequence of steps required to finish a task. 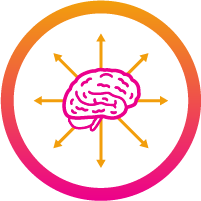 There is no single cause of MCI. “There are many reasons for which someone could have mild cognitive impairment,” Dr. Davis said. “It could be due to early Alzheimer's disease, but it could also be due to a host of other things.” Other possible causes include other forms of dementia, untreated depression, thyroid disorders, or concussion, Dr. Davis explained.

Research also suggests MCI can be associated with the same types of brain changes seen in the early stages of Alzheimer’s disease. This is why MCI is often thought of as an intermediate step between normal cognitive aging and Alzheimer’s.

Brain changes found in some individuals with MCI include: 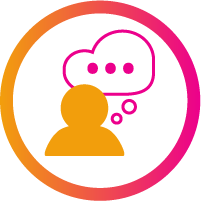 Sometimes it may be difficult to distinguish between normal signs of aging and symptoms that may indicate a more serious problem. In normal aging, it isn’t uncommon to forget someone’s name or misplace keys. However, when normal, age-related memory decline turns into frequently forgetting important information or getting lost in a familiar place, MCI may be developing.

In general, memory-related symptoms of MCI include:

Along with memory problems, other common symptoms of MCI include difficulties with the following: 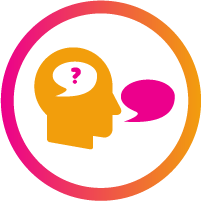 When your family members and close friends begin to notice memory lapses or other issues, this can indicate you are experiencing memory loss and may have MCI. A doctor can test thinking, memory, and language performance to see if you have signs of MCI. Your doctor also may suggest seeing another medical specialist for more testing, such as brain imaging.

It is important to remember that early diagnosis is critical because it can serve as a warning sign for Alzheimer's or other degenerative diseases, such as Parkinson’s disease or dementia with Lewy bodies. Read more about the benefits of early diagnosis and MCI. 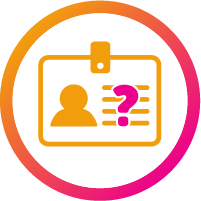 Currently, there are no drugs approved by the U.S. Food and Drug Administration (FDA) for the treatment of MCI, and the results of clinical trials have been mixed. However, there are some prescription drugs that could show promise for slowing the progression of MCI to conditions such as Alzheimer's.

“Right now the standard of care is actually not to treat with our available medications, because it doesn't necessarily slow progression or conversion from MCI to mild dementia,” Dr. Davis noted.

Dr. Davis explained that lifestyle behaviors like healthy diet and exercise can help slow down memory decline. She also explained that activities like socializing with others can strongly benefit cognitive function. Learn more about improving memory health.

Although agencies such as the National Institute on Aging are diligently working on finding ways to address MCI, more research is needed to figure out the exact causes of MCI and the most effective way to treat it.

You Are Not Alone: Finding Support for Mild Cognitive Impairment 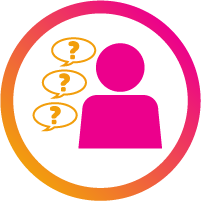 If you or a loved one has MCI, know that you are not alone. Nearly 74,000 myALZteam members can relate to your experience.

Here is what some myALZteam members are talking about:

How does MCI affect your life? What helps you or your loved one feel better? Share your tips and experiences in a comment below or on myALZteam. You'll be surprised how many community members have similar stories.

we all have a senior moment, its is worrying at times but not often, when you start hiding things then think

Article written by Kelly Crumrin According to the Centers for Disease Control and Prevention...

Article written by Kelly Crumrin According to the Centers for Disease Control and Prevention...
read article >

Eat healthier. Exercise more. Learn a new skill. Pay off a credit card. Many of us have made...

Eat healthier. Exercise more. Learn a new skill. Pay off a credit card. Many of us have made...
read article >

I am a 75-year-old retired mental health registered nurse. About four years ago I noticed that my...

I am a 75-year-old retired mental health registered nurse. About four years ago I noticed that my...
read article >

This time of the year can be overwhelming with expectations around the holidays, and caring for a...

This time of the year can be overwhelming with expectations around the holidays, and caring for a...
read article >

Managing Money for a Loved One With Alzheimer’s

Taking over financial responsibility from a loved one with Alzheimer’s can be among the most...

Managing Money for a Loved One With Alzheimer’s

Taking over financial responsibility from a loved one with Alzheimer’s can be among the most...
read article >

close
ABOUT ALZHEIMER'S TYPES DIAGNOSIS CAUSES STAGES SYMPTOMS TREATMENTS RESOURCES
New to myALZteam? Learn More
Quick Links
Q+A Treatments A-Z Resources Are you a provider? Crisis
About Us
What is myALZteam? Partner with us Terms of service Press/News Privacy policy Cookie policy
Help With This Site
Getting started FAQ Community guidelines Contact us