As we grow older, distinguishing between what is a sign of normal aging and what may be a sign of cognitive decline can be tricky. Our thinking ability normally peaks around age 30. As we age, we might notice a slowdown of our memory and our ability to focus, multitask, find the right word, or retain information.

We can probably all think of a time when it took longer to remember something, we forgot where we put our car keys, or we missed an important appointment. But when do these events cross the line from typical forgetfulness to mild cognitive impairment (MCI)? 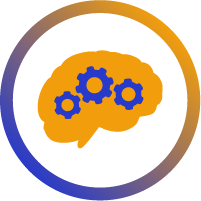 MCI is characterized as a subtle but measurable decline in memory and thinking. Mild cognitive impairment can be hard to diagnose because it varies from person to person.

Cognitive changes associated with MCI may be noticed both by the person experiencing them and by their close friends and family members, but usually do not interfere with activities of daily living. “Normally they're out and about. They're independent in the community, and others might not even notice that they have a problem,” Dr. Davis added.

MCI is considered a stage between normal aging decline and the early signs and symptoms of dementia. The Alzheimer’s Association estimates 15 percent to 20 percent of people aged 65 years and older have some symptoms of mild cognitive impairment. An MCI diagnosis can lead to Alzheimer’s disease in some cases, but it doesn’t always.

Amnestic is associated with the word “amnesia” and is linked to the inability to recall or learn information. This type of MCI primarily affects the ability to remember important information a person would normally recall. This can include forgetting appointments, conversations, or recent events.

Nonamnestic MCI affects thinking and problem-solving. This can include problems with visual perception, the inability to make sound judgements, and difficulty remembering the sequence of steps required to finish a task.

MCI Caused by a Medical Condition Many life changes can trigger stress and difficult emotions, like depression and anxiety. For example, losing a loved one, retiring, or moving to an unfamiliar house can be emotionally challenging. Sadness, loneliness, worry, or boredom can also cause memory loss symptoms.

If you or a family member experience any of these emotional problems and memory issues for longer than two weeks, and you think they may be interfering with your daily living, speak with your doctor or counselor. 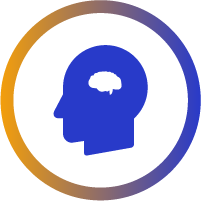 Our brain is the control center of our thinking, planning, organizing, problem-solving, and language abilities. Normal aging processes include subtle changes in attention control and the speed of thought.

As we get older, many physical changes occur in the brain that can cause changes to our cognitive ability.

Despite the physical and cognitive changes in the brain as we grow older, we can still learn new tasks, form new memories, and add to vocabulary and language (which can actually improve with age). It is normal to need more time on a task or project, but the aging brain can still adapt to changes and challenges well into the older years. 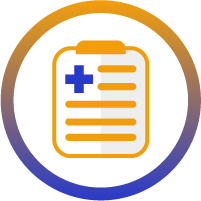 “It’s really hard for an individual to know [what’s] normal aging or MCI,” Dr. Davis said. “That’s why it’s really important that if you're seeing a pattern of changes … to seek out help. You really need someone with expertise … to evaluate your thinking as it compares to thousands and thousands of other people who don't have MCI.”

Below are some examples of the subtle differences in the symptoms of MCI and normal aging. If these symptoms resonate with you, it may be time to speak with a health care provider about your memory health. In people with MCI, or potential cognitive decline, memory is the ability that is most affected.

Disorientation in Time and Space

You Are Not Alone: Finding Support for Mild Cognitive Impairment

By joining myALZteam, you gain a community of nearly 74,000 people impacted by mild cognitive impairment and Alzheimer’s disease.

How has mild cognitive impairment affected your life? Are you struggling with memory loss symptoms? Is a loved one starting to show signs of cognitive decline? Share your experience in the comments below or on myALZteam.

Jennifer Davis, Ph.D., ABPP-CN is a clinical neuropsychologist specializing in Alzheimer's disease and related disorders. Learn more about her here.

Amy Isler, RN is a registered nurse with over six years of experience as a credentialed school nurse. Learn more about her here. Dementia is a collection of symptoms characterized by cognitive problems – deficits in thinking,...

Dementia is a collection of symptoms characterized by cognitive problems – deficits in thinking,...
read article > Assessing the stage of Alzheimer’s helps anticipate disabilities and plan accordingly for care....