Dementia May Strike Differently, Depending on Race 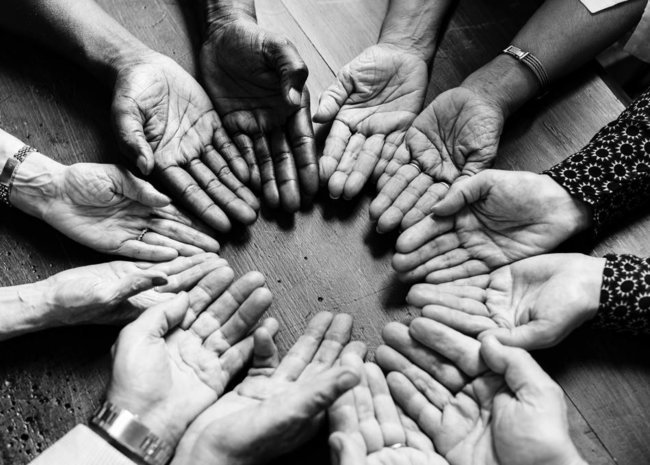 By Dennis Thompson, HealthDay Reporter TUESDAY, March 12, 2019 (HealthDay News) -- Dementia appears to strike people of different races in different ways, brain autopsies have revealed.Hispanic and black people are more likely to suffer from dementia that's caused in part by micro-strokes or hardening of the arteries that serve the brain, researchers report.

On the other hand, whites are more likely to have dementia caused by "pure" Alzheimer's disease, in which abnormalities like protein plaques and tangles damage the ability of brain cells to communicate with each other, said study co-author Brittany Dugger. She's an assistant professor with the University of California, Davis, Alzheimer's Disease Center."We found that Hispanics and African-Americans are more likely to have mixed pathologies, a combination of Alzheimer's disease and cerebrovascular disease," Dugger noted.Minority groups in the United States are overall more likely to develop dementia, said Keith Fargo, director of scientific programs and outreach for the Alzheimer's Association.Best estimates hold that blacks are about twice as likely as whites to suffer from dementia, and Hispanics are one and a half times more likely, Fargo said.This study provides fresh hope for preventing dementia in those groups, potentially narrowing the existing racial gap."It's quite exciting, because we already have a toolbox" to prevent blood vessel disease, Fargo said. "We know how to reduce your risk for stroke and heart attack. That may now map onto dementia risk much more strongly in these groups, who need it because they are at higher risk," he added."We may actually be closer to real impactful interventions in these groups than we are in groups where the Alzheimer's disease pathology is more common," Fargo concluded.For this study, Dugger and her colleagues autopsied the brains of 435 people diagnosed with dementia, including 35 black people, 28 Hispanic people and 360 white people. The investigators carefully searched for different forms of damage in the brains that could contribute to dementia.Dugger pointed out that "the only way to confirm a diagnosis of dementia is to have an autopsy. It's awful that the only way we know for sure what the patient has is after they die and we look at their brain."The researchers found that about 54 percent of Hispanics had a "mixed" diagnosis of dementia -- featuring signs of both blood vessel disease and Alzheimer's disease in the brain -- compared with 37 percent of whites and blacks.Signs of micro-stroke damage and hardening of the large and small blood vessels were found in 21 percent of Hispanic people and 11 percent of black people with dementia, compared with just 4 percent of white people.Pure Alzheimer's without any sign of blood vessel disease was found in only 14 percent of Hispanics, but 43 percent of whites and blacks, the findings showed."It looked very clear to us that vascular disease plays a much stronger role in the Latino population and is a contributing factor in the black population, and that it may account for an overall higher incidence of dementia in these groups," senior researcher Charles DeCarli, director of the UC-Davis Alzheimer's Disease Center, said in a statement.The study was published March 12 in the Journal of Alzheimer's Disease.Dugger and DeCarli cautioned that these findings need to be validated through further research, given that this was a small study involving people already suffering from memory loss.Genetic factors could play a role in the differences found between the three races, but social and economic factors also are likely to contribute, Dugger and Fargo said.People living in poorer neighborhoods might suffer from a lack of access to high-quality food, health care and fitness centers, and they might also experience more stress, Fargo said. All of these can contribute to poor blood vessel health."Although there are some genetic differences, the bulk of the evidence is suggestive that what we're seeing is life experience-based," Fargo said.However, this also means that preventing dementia might actually be easier in Hispanics and blacks than in whites.Doctors have been working for decades to find drugs to reduce amyloid plaques and tau protein tangles in the brains of people with Alzheimer's disease.But blood vessel health already can be improved through time-tested methods, such as controlling blood pressure (hypertension) and lowering cholesterol."About 50 percent of people aren't treated for hypertension," Dugger noted. "We can treat this and other symptoms of vascular disease, and this might help prevent dementia."SOURCES: Brittany Dugger, Ph.D., assistant professor, University of California, Davis, Alzheimer's Disease Center, Sacramento, Calif.; Keith Fargo, Ph.D., director, scientific programs and outreach, Alzheimer's Association; March 12, 2019, Journal of Alzheimer's Disease
Copyright © 2019

What do you think about these findings? Share in the comments below!

What Makes for a Good Nursing Home?

What Makes for a Good Nursing Home?

Severity of Alzheimer's Can Vary by Season

Severity of Alzheimer's Can Vary by Season

Find Your People on myALZteam

It takes a village to support living with a chronic condition like Alzheimer’s disease. Whether...

Find Your People on myALZteam

It takes a village to support living with a chronic condition like Alzheimer’s disease. Whether...
read article >

© 2022 MyHealthTeam. All rights reserved.
myALZteam is not a medical referral site and does not recommend or endorse any particular Provider or medical treatment.
No information on myALZteam should be construed as medical and/or health advice.